With the recent fires in East Tennessee, wildfire preparation is always a prudent decision.  Here are some simple things that can be done to maximize safety in a wildfire situation. 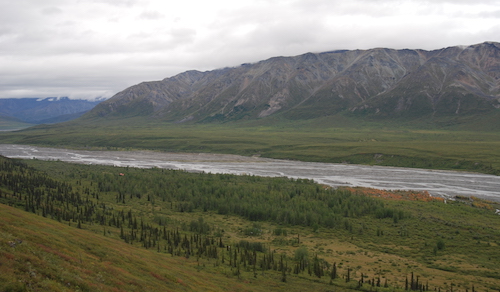 An increasing number of people are hitting the outdoors, bravely seeking the highest peaks, the deepest caverns, and the most remote locations on Earth. Enthusiastic hikers, professional mountaineers, and everyday adventurous thrill-seekers are boldly exploring the dangerous beauty of snow-capped mountains, lush forests, and vast yet deadly canyons – with and without trail guides and trusty satellite phones.

Whether you’re a novice hiker planning your first trip or an experienced trail runner researching your next big adventure, check out the following seven majestic locations that will provide a lifetime of enchanting memories. 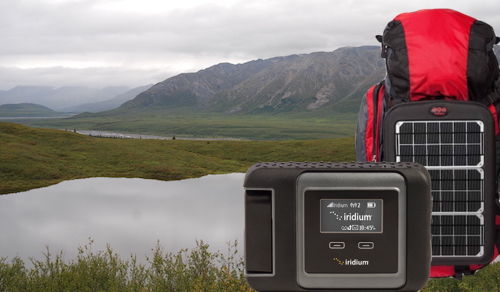 People have been hiking and climbing since the beginning of time, adventurously seeking Earth's most remote and stunning landscapes. An age old tradition, backpacking is one of the most adventurous and economical ways to vacation. Whether you're a penniless student, a passionate outdoorsman, or a thrill-seeking daredevil, backpacking is an enchanting way to explore the magical nooks and crannies of our often unappreciated, majestic planet.

Should you rent Iridium or BGAN?

Most people rent Iridium satellite phones for a one-time need such as a hunting or vacation trip.  A satellite phone is especially relevant if you are traveling to a remote location like Alaska where cellular communication is unavailable.  Sometimes, it can be critical to make a phone call because of a health emergency.  Usually an Iridium 9555 handset is the best choice.  First, it is exceptionally easy to use.   Also, rentals as short as 7 days are available with no airtime commitment.  Some people need a more sophisticated product that can support email or web browsing.  In this case, we recommend the EXPLORER 510 BGAN terminal.  Read more here.

Disaster plan: is your family prepared?

Having a disaster plan could save your family!

Not becoming a victim of a natural disaster usually means being prepared and ready to take care of yourself and your family.   Here are three areas you need to consider in order to create an effective disaster plan:

Are you planning to hunt or travel in Africa?   Though cellular coverage in Africa has made great strides in recent decades, traveling in remote areas of Africa still requires a satellite phone.  The newest satellite phones are compact portable satellite hotspot devices designed to work with your smart phone or tablet.  You can make phone calls, send texts and even browse the web using a free app.  In a life-threatening emergency, you can send an S.O.S. message with the press of a button.

Satellite hotspots enable the iPhone, iPad and Android to connect from the remotest places on earth.   This article covers the newest satellite hotspots for Iridium, Inmarsat, Thuraya and Globalstar.  Some of these satellite hotspots provide broadband internet while others only allow texting and light email or photo-sharing.  But, which is the best fit for you?

The Wideye iSavi uses the new Inmarsat IsatHub service.  It is designed to be lightweight, very user friendly, and wireless.  In fact, the only cord most people would ever use is the power cord.  Its internal battery provides about 2.5 hours of use or about 24 hours of standby time.

The ultralight 1.94 lb iSavi has a best effort data speed of 240 kbps up / 384 kbps down meaning it is much faster than Iridium, Globalstar or Thuraya.  It has a similar speed performance to a class 3 Inmarsat BGAN.  A  built-in firewall lets you control the types of traffic that are passed.  There are some downsides to the iSavi, though.  At the time of this writing, no true prepaid service has been developed.

The Iridium GO! Satellite Hotspot is a stand-alone device for use with  iOS and Android smart phones and tablets.  Iridium GO! is a great choice for making voice calls or sending texts from your smart device.   At 0.65 lbs, it is much lighter that the iSavi.  In fact, it will fit in your shirt pocket.  Its major weakness is its slow 2.4 kbps data speed.  Clearly, it is not a broadband internet device like the iSavi, but we found it good enough for sending emails with attachments under 100KB.  Web browsing is positively painful via an Iridium GO! and Outfitter Satellite does not recommend Iridium GO! to users expecting to browse the web.

Iridium GO! service plans with unlimited texting and unlimited data are available for a very reasonable monthly fee.  One really great feature of the Iridium GO! is an SOS button.  Just press it and it will notify a pre-defined text recipient of your emergency situation and your GPS location.  Another advantage of the Iridium GO! and all Iridium products is global coverage even including the polar caps.

By default, the Optimizer Satellite Hotspot is configured to block all traffic except its own XGate email and XGate web browser software.  The XGate email program automatically detects inbound emails with large attachments and allows you to make a decision as to whether you want to merely read the text of the email or download the attachment.  The XGate web browser uses compression graphics in order to reduce data usage.

We recommend the Optimizer Satellite Hotspot over network specific satellite hotspots like the Thuraya XT-hotspot or Iridium AxcessPoint.

* The unlimited Globalstar plan referred to above applies to unlimited Basic Rate voice calling which does not include roaming calls or calls to international destinations.  Please see complete details in the service agreement.  The service plans discussed in this article exist as of the time of this writing but rates and availability of these plans are subject to change without notice.

GEOS: Are you ready for a crisis while traveling abroad?

Posted by Outfitter Satellite on 9/22/2015 to Iridium Extreme®

Imagine that an Iridium 9575 EXTREME satellite phone user is traveling in a foreign country.  Unexpectedly a medical emergency occurs.  Our Iridium user is prepared.  By simply pressing the S.O.S. button on his Iridium phone, emergency personnel half way around the world receive an emergency alert containing his current GPS position.*

The Iridium user is also immediately connected with a highly trained professional at GEOS that gives him critical guidance for the emergency situation.  If needed, Search and Rescue (SAR) authorities near the Iridium user are contacted to provide additional assistance.

All this is done through the GEOS International Emergency Response Coordination Center (IERCC) in Houston Texas.  The IERCC is equipped with translation capabilities for up to 200 languages and is staffed with qualified first responders including police, firefighters, paramedics and former military personnel.  These are highly qualified professionals who have handled emergencies first hand.  During the crisis, GEOS provides a critical liaison function between family members, first responders and if necessary the Iridium user’s embassy so that all parties are kept up to date with location, medical and other pertinent information.  The liaison service remains in place until the SAR mission is resolved.

GEOS is able to respond worldwide and render aid in the rescue of savable lives on land, in the air, or at sea.  Thousands of responses in over 100 countries have been coordinated since the company was founded in 2007.

How much does it cost?

The Iridium GO! and Iridium 9575 EXTREME were specifically designed with an S.O.S. button that the Iridium user can push to quickly communicate their emergency and their GPS position.  This S.O.S. button function is programmable so that the Iridium user can define a list of people who would receive the emergency notification, either by text or email.  Also, one emergency contact can be programmed to receive a phone call.  All of this happens at the touch of a button.

Sending the S.O.S. alert notification to your friends and associates is one choice.  If you want reliable 24/7 monitoring from trained emergency response professionals, it is a better idea to configure your Iridium S.O.S. button for GEOS.

Basic service is free to all Iridium 9575 EXTREME and Iridium GO! users with a valid active Iridium SIM card.  The only cost would be standard Iridium usage charges for phone calls or SMS messages used by the S.O.S. function in communicating with GEOS.  To register for the basic service online go to: www.geosalliance.com/iridium

After registering successfully, the S.O.S. button function on your Iridium phone becomes integrated into the GEOS emergency response service.

Are medivac and repatriation services included?

The basic service plan relies on local authorities and emergency response services and does not include enhanced paid SAR, medical evacuation or repatriation services.  Customers can opt for these optional GEOS services for additional fees.

What if you need non-emergency customer support?

Occasionally Outfitter Satellite's customers need assistance with configuration of the S.O.S. button on their Iridium phones.  The GEOS services discussed here are not offered through Outfitter Satellite so we cannot offer direct assistance. If you are in the US, you can call GEOS at 1-888-460-4554 (US only).   International callers can call GEOS at +44-203-397-2448 (London, UK).  GEOS assures a 24-hour response time on this type of customer service inquiry.

*The GEOS services discussed in this article are offered and provided exclusively through GEOS and not by Iridium or Outfitter Satellite which are separate unrelated companies. The benefits described in this article (and the linked pages) require that the Iridium user register and contract separately with GEOS.  Other terms and conditions and limitations of liability are found in the Iridium 9575 EXTREME User Manual and Iridium GO! User Manual.  Outfitter Satellite cannot guarantee any Iridium user that an S.O.S. call to GEOS will succeed every time that is attempted because it is possible to have Iridium network and other technical difficulties.  The prices, terms and conditions mentioned in this article are correct as of September 15, 2015 but are subject to change without notice.

How to use a Hotmail account with your Iridium GO!

How to use a Hotmail account with your Iridium GO!

It is true that accessing the myiridium.net email address that Iridium provides when your register your Iridium GO! always requires that you use expensive Iridium airtime. Many of Outfitter Satellites customers would like to check their myiridium.net inbox for free when they have a terrestrial internet connection. They feel they should only have to use Iridium airtime when a terrestrial internet connection isn't available.
Read More