Satellite hotspots enable the iPhone, iPad and Android to connect from the remotest places on earth. This article covers the newest satellite hotspots for Iridium, Inmarsat, Thuraya and Globalstar. Some of these satellite hotspots provide broadband internet while others only allow texting and light email or photo-sharing. But, which is the best fit for you?

The Wideye iSavi uses the new Inmarsat IsatHub service. It is designed to be lightweight, very user friendly, and wireless. In fact, the only cord most people would ever use is the power cord. Its internal battery provides about 2.5 hours of use or about 24 hours of standby time.

The ultralight 1.94 lb iSavi has a best effort data speed of 240 kbps up / 384 kbps down meaning it is much faster than Iridium, Globalstar or Thuraya. It has a similar speed performance to a class 3 Inmarsat BGAN. A built-in firewall lets you control the types of traffic that are passed. There are some downsides to the iSavi, though. At the time of this writing, no true prepaid service has been developed.

The Iridium GO! Satellite Hotspot is a stand-alone device for use with iOS and Android smart phones and tablets. Iridium GO! is a great choice for making voice calls or sending texts from your smart device. At 0.65 lbs, it is much lighter that the iSavi. In fact, it will fit in your shirt pocket. Its major weakness is its slow 2.4 kbps data speed. Clearly, it is not a broadband internet device like the iSavi, but we found it good enough for sending emails with attachments under 100KB. Web browsing is positively painful via an Iridium GO! and Outfitter Satellite does not recommend Iridium GO! to users expecting to browse the web.

Iridium GO! service plans with unlimited texting and unlimited data are available for a very reasonable monthly fee. One really great feature of the Iridium GO! is an SOS button. Just press it and it will notify a pre-defined text recipient of your emergency situation and your GPS location. Another advantage of the Iridium GO! and all Iridium products is global coverage even including the polar caps.

By default, the Optimizer Satellite Hotspot is configured to block all traffic except its own XGate email and XGate web browser software. The XGate email program automatically detects inbound emails with large attachments and allows you to make a decision as to whether you want to merely read the text of the email or download the attachment. The XGate web browser uses compression graphics in order to reduce data usage.

* The unlimited Globalstar plan referred to above applies to unlimited Basic Rate voice calling which does not include roaming calls or calls to international destinations. Please see complete details in the service agreement. The service plans discussed in this article exist as of the time of this writing but rates and availability of these plans are subject to change without notice. 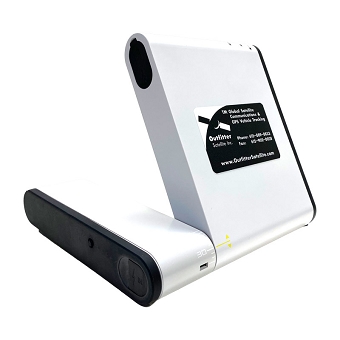 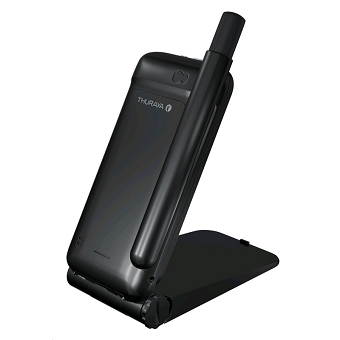