The Iridium GO! Wi-Fi Hotspot is a stand-alone device which requires its own SIM. Currently iOS and Android are supported though plans for Windows and Mac laptop support are underway. Plans with unlimited texting and unlimited data are available. Iridium GO! supports voice calling and emergency SOS messaging directly from your smartphone or tablet. While Iridium provides global coverage, it has a relatively slow data speed of only 2.4 kbps data rate. This data rate is useful for light email applications. Special apps for the iPhone, iPad, and Android are available for free. If you need to take your GO! to locations without reliable power, Outfitter Satellite offers special solar charging equipment for the GO!. For more information, see our review article.
The Globalstar Sat-Fi is a stand-alone device that supports voice, two-way SMS messaging, and 9.6 kbps internet access. Just connect your smartphone or tablet via Wi-Fi. Globalstar coverage is regional but there is significant coverage in the lower 48 US states. Globalstar has very economical calling plans for customers making voice calls and is a great choice for a remote cabin or lodge especially in much of North America. For more information, see our review article.

The Optimizer Wi-Fi Hotspot is an agnostic Wi-Fi hotspot that can be used with the Iridium 9555 and 9575, Globalstar, Thuraya, Inmarsat GSPS, Inmarsat BGAN, or Inmarsat FBB satellite phones and terminals. The Optimizer supports iOS, Mac, and most current Windows platforms. That is a great benefit if you use multiple satellite phones or terminals. If you are a hiker or camper, you also will be pleased to learn that there are solar panel and battery pack solutions that can be used to power the Optimizer and recharge your smartphones and tablet devices.
The Iridium AxcessPoint was one of the first satellite Wi-Fi hotspots. Itcan be used with either an Iridium 9555 or Iridium 9575 EXTREME satellite phone. Iridium provides global coverage, but it has a relatively slow data speed of 2.4 kbps data rate so the AxcessPoint is useful primarily for light email applications. It is inadequate for most web browsing applications. Special email and web browsing apps for the iPhone, iPad, Android and Blackberry devices are available for free. Windows and Mac laptops are also supported. Every AxcessPoint user can register for their own free @myiridium.net email address. The AxcessPoint does have a built in battery and comes with a AC wall charger. One downside is that we do not have a DC car charger or solar charger solution for the AxcessPoint. For more information, see our review article.
The Thuraya XT-Hotspot is used in concert with the Thuraya XT. It uses Thuraya GmPRS data service which provides data rates up to 60 kbps (down) / 15 kbps (up). Though Thuraya is not global, it does cover large parts of Africa, the Middle East, Europe, India, Australia and other areas. The Thuraya XT-Hotspot includes a built-in battery but can be recharged using our 10W Compact Solar Charger. This makes it a very convenient solution for mobile Thuraya users.

A Few Pitfalls to Avoid...

One prevalent misconception is that Wi-Fi access automatically indicates a broadband "fast" internet connection. Wi-Fi simply means that you have a wireless connection. The connection is still limited by the performance of the satellite network that you choose. Iridium and Inmarsat GSPS offer 2.4 kbps data speeds. Globalstar offers 9.6 kbps. Thuraya IP, Inmarsat BGAN, and marine Inmarsat FBB broadband terminals offer much higher speeds. BGAN, for example reaches up to 492 kbps. Though the lower speed products are suitable for light email activity, texting, and occasional browsing of special mobile-optimized websites, some customers will need the higher performance data speeds offered by the satellite broadband terminals.

Each customer must carefully choose the correct satellite Wi-Fi hotspot for their own application based on their own data speed, service cost, and coverage area requirements.

* The data rates of the various satellite networks are best case. Actual performance varies and can be slower. 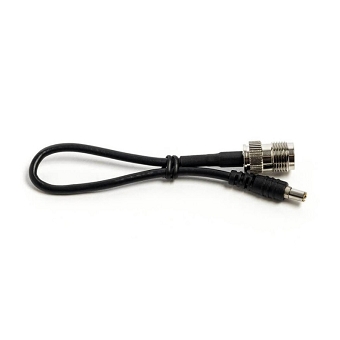