What is a satellite phone and why would you need one?

Posted by OutfitterSatellite on 2/13/2015 to Beginners
What is a satellite phone and why would you need one?
Satellite phones are mobile devices that do not receive their signal via terrestrial (land based) towers, but rather from satellites in orbit around the Earth. Outfitter Satellite offers Iridium, Globalstar, Thuraya, Inmarsat GSPS, Inmarsat BGAN, and Inmarsat FleetBroadband satellite phones/terminals. The functionality of satellite phones offered by Outfitter Satellite will vary by brand but there will be one that can be tailored to your specific needs.
Where can you use them?
A satellite phone is designed to work outdoors in many places that you are not able to use a cell phone.*  Some are designed for near global usage, and offer safety and security features that can not be provided by a traditional cell phone.
One of our clients Dr. Rob Ramey, uses his Iridium phone to stay in touch with his friends and associates and he gave us this comment: "...two years ago, when we and our sea kayaks were dropped off by boat on a beach on the southern arm of Yellowstone Lake, there was another family who were also dropped off with their canoes for a week-long trip. However, after the shuttle boat was long-gone, the family discovered that a backpack and more critically, one of their sleeping bags, were left on the shuttle boat. Luckily I had my Iridium phone and we arranged for the shuttle boat to return. The family was so grateful...
Below, two days later, I am dialing-in with my Iridium phone for a 3 o'clock conference call from my sea kayak while floating in the Flat Mountain Arm of Yellowstone Lake."
On the most remote mountain top while hiking, a hiker can pull out their Outfitter Satellite phone and share the beauty that surrounds them. Virtually anywhere on the planet that you would need to communicate with the outside world, Outfitter Satellite has you covered with various satellite phone portable options. Also, in the event of a mishap- help is literally only a button push away!
While hunting, many hunters opt for a solitary trip sometimes for extended periods of time. In emergency situations caused either by nature or by accident, an Outfitter Satellite phone can make the difference between life or death.
If you are the type of person that is attached to your current device and would like to use an Iridium GO! Stand-Alone Wi-Fi Hotspot to keep in touch, Outfitter Satellite can provide these as well!
Outfitter Satellite also has option for use in/on marine vessels. Typically, satellite phones will work through most fiberglass and most glass surfaces if/when you would need to go below deck. For instances in vessel manufacturing that a satellite phone will not work below, various dock and antenna options are available! Imagine the difference a satellite phone would make if your vessel were to be taking on water, you would be able to use your device to call the Coast Guard rather than attempting to reach another vessel by CB Radio.
*Satellite phones must be used in an area conducive to receiving satellite signal. Certain buildings, mountains, hills, vehicles or other obstructions may hinder the ability for usage.
#NoCellService
Share |
Previous Post
Next Post 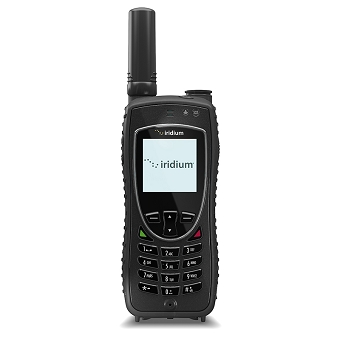 I am wanting a,more reliable phone than regular cel phones. I am currently with T-Mobile, unlimited data use. But, they do not have coverage in some, if not, most areas I travel to. Would like to compare pricing and data packages. Thanks.

Thank for your interest in Outfitter Satellite Phones! Keep in mind that satellite phones are designed to be in line of sight to the satellite in orbit so you would need to be outdoors in most cases. In respect to being able to use your satellite phone in areas you can’t use your standard cell, yes you can do that. If you are looking for unlimited data, I would suggest that you look into the Iridium GO! which works as a stand-alone Wi-Fi Hotspot. While it does offer unlimited data, the data rate is 2400 bps which is substantially slower than your cellular data. You can see more on our website http://shop.outfittersatellite.com/iridiumGO.html

I would love to help you look into Outfitter Satellite devices! At this time we do not have a physical catalog that I could send you. However, if you visit our website at http://shop.outfittersatellite.com you will be able to look at everything we have to offer as well as see our current sale items!

I am definitely looking forward to continue following the satellite phone industry. I think in the next few years many people are going to start looking toward satellite phones, especially the people who do outdoor activities and adventures where regular cell service is not available. It is definitely a much safer alternative than having a phone with no service!

Yes, satellite phone service offers security and safety that other forms of communication usually can not. With all of the changes in the communication industry I am excited myself to see what is around the corner!

I am on the road monthly, where I have little to no cell coverage. I often go through mountainous areas. Would a sat phone be advantageous for me, if yes, which phone?

Hi, Judy. I believe our sales team reached out to you directly, but Yes! An Iridium satellite phone would be perfect for mountainous terrain where cell signal can't reach. Because of Iridium's low-earth orbit constellation of satellites in constant motion overhead, even in partial obstruction, with an Iridium device, you will eventually get signal -- anywhere on the globe! So, a satphone is the perfect mountain-traveling, safety companion.