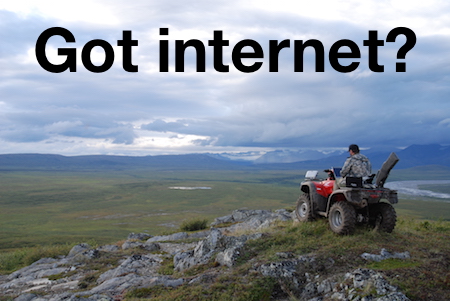 Workhorse BGAN Terminals: Outfitter Satellite rents and sells the EXPLORER 510 by Cobham which is a Class 2 Inmarsat BGAN terminal. This class of BGAN is the right choice for most individual users needing basic email and web connectivity. Class 2 terminals have the best overall combination of functionality, small size, and low cost. Though the EXPLORER 510 weighs only 3.1 lb, it offers internet access speeds up to 464 kbps. Laptops, tablets, and smart phones can connect via 802.11 b/g/n Wi-Fi. The BGAN can be controlled from an easy-to-use web interface. Our kit includes a USB-to-Ethernet adapter for users that want a conventional wired connection. Phone calls can be made by iOS and Android smart phones using a free app.