Posted by Outfitter Satellite on 10/19/2020 to Thuraya
Yahsat has chosen Airbus to build Thuraya's next generation network.  The new 4-NGS satellite equipment is scheduled for operation sometime in 2024 and will deliver improved Thuraya capacity and coverage across Europe, Africa, the Middle East and Central Asia.
Read More

Why You Should Consider A Thuraya Satellite Phone

Posted by Outfitter Satellite on 6/16/2018 to Satellite Phone
Outfitter Satellite is your source for Iridium mobile phones, IsatPhone sat phones, portable internet BGAN, marine satellite phones solutions, and beyond. We are a family-owned small business based out of Nashville, Tennessee, founded over twenty years ago in 1995.
Read More 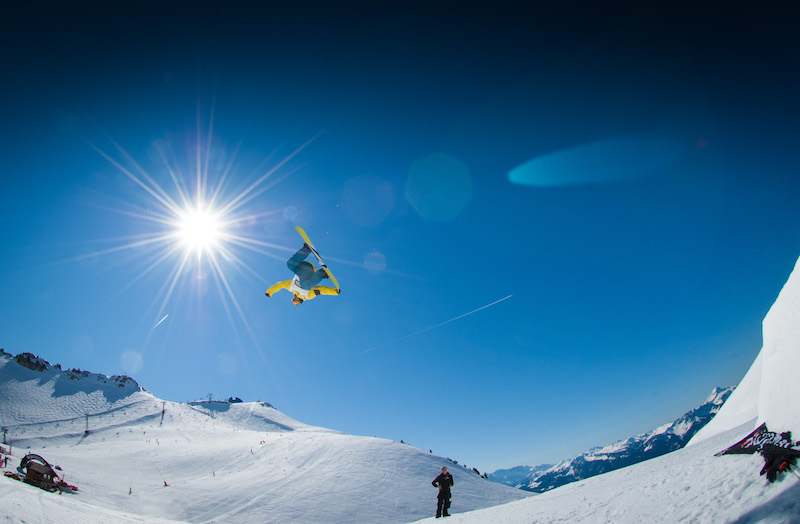 Safety Tips for Skiing and Snowboarding

Safety Tips for Skiing and Snowboarding

Snow means a lot of different things to people around the world. Some never see it. Some hate it, viewing it as a nuisance that requires hours of backbreaking shoveling just to get their car out of the garage. Others love to watch the snowfall… as long as they're watching through a window while curled up near a fireplace indoors. But for some people, snow takes on a whole new meaning: skiing and snowboarding season!

If you're one of those individuals who can't wait to get out on the slopes and feel the wind rushing past you as you soar down the side of a mountain, you're probably already planning a trip. There are tons of fantastic ski resorts all over the world, and some definite favorite destinations for snowboarders. Maybe you already have a favorite resort that's like a second home to you, or maybe you're looking for somewhere new to go. Either way, it's sure to be a blast! 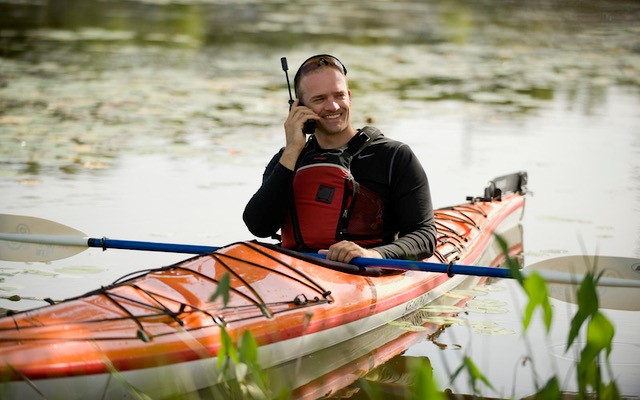 Summertime is a prime time of the year to get out and enjoy nature. It's especially true if you live somewhere with harsh winters. Being cooped up in your home for the whole season can have you going stir crazy! Fortunately, for the summer wilderness explorer, there are tons of incredible places around the world where you can go to experience nature in all its glory. Many locations offer guided tours and expeditions that will help you by supplying gear and knowledgeable guides to help you have fun and stay safe.

If you're looking to get out into the wild this summer, here are some suggestions of beautiful places to get away from civilization, and the satellite phone networks to rely on in each one.

Adventurers all over the world feel the lure of the mountains. There is nothing like ascending a peak, rising to the challenge of climbing to the summit and feeling the cold, clean air far above the world. Some climbs are easier than others, but all are an incredible experience. Check out our list of the top five peaks for mountaineering, complete with information on the satellite network to rely on for communication in each area. Satellite phones are a vital piece of equipment for mountaineers of any skill level. 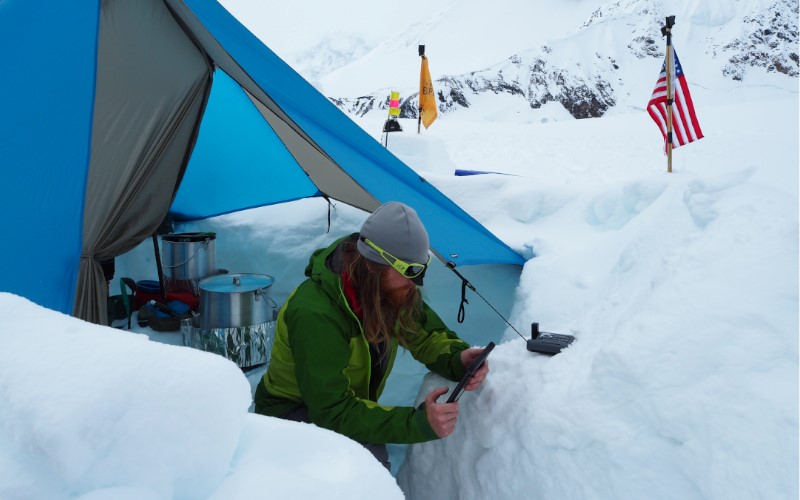 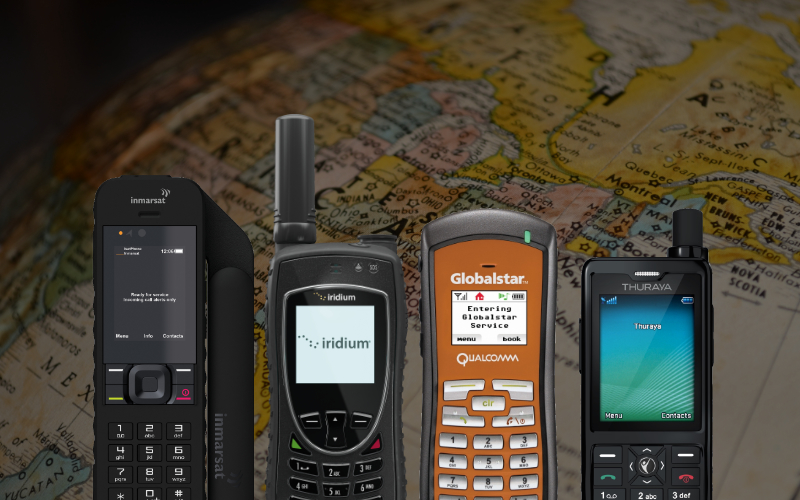 Posted by Outfitter Satellite on 11/9/2015 to Inmarsat BGAN

Are you planning to hunt or travel in Africa?   Though cellular coverage in Africa has made great strides in recent decades, traveling in remote areas of Africa still requires a satellite phone.  The newest satellite phones are compact portable satellite hotspot devices designed to work with your smart phone or tablet.  You can make phone calls, send texts and even browse the web using a free app.  In a life-threatening emergency, you can send an S.O.S. message with the press of a button.

Satellite hotspots enable the iPhone, iPad and Android to connect from the remotest places on earth.   This article covers the newest satellite hotspots for Iridium, Inmarsat, Thuraya and Globalstar.  Some of these satellite hotspots provide broadband internet while others only allow texting and light email or photo-sharing.  But, which is the best fit for you?

The Wideye iSavi uses the new Inmarsat IsatHub service.  It is designed to be lightweight, very user friendly, and wireless.  In fact, the only cord most people would ever use is the power cord.  Its internal battery provides about 2.5 hours of use or about 24 hours of standby time.

The ultralight 1.94 lb iSavi has a best effort data speed of 240 kbps up / 384 kbps down meaning it is much faster than Iridium, Globalstar or Thuraya.  It has a similar speed performance to a class 3 Inmarsat BGAN.  A  built-in firewall lets you control the types of traffic that are passed.  There are some downsides to the iSavi, though.  At the time of this writing, no true prepaid service has been developed.

The Iridium GO! Satellite Hotspot is a stand-alone device for use with  iOS and Android smart phones and tablets.  Iridium GO! is a great choice for making voice calls or sending texts from your smart device.   At 0.65 lbs, it is much lighter that the iSavi.  In fact, it will fit in your shirt pocket.  Its major weakness is its slow 2.4 kbps data speed.  Clearly, it is not a broadband internet device like the iSavi, but we found it good enough for sending emails with attachments under 100KB.  Web browsing is positively painful via an Iridium GO! and Outfitter Satellite does not recommend Iridium GO! to users expecting to browse the web.

Iridium GO! service plans with unlimited texting and unlimited data are available for a very reasonable monthly fee.  One really great feature of the Iridium GO! is an SOS button.  Just press it and it will notify a pre-defined text recipient of your emergency situation and your GPS location.  Another advantage of the Iridium GO! and all Iridium products is global coverage even including the polar caps.

By default, the Optimizer Satellite Hotspot is configured to block all traffic except its own XGate email and XGate web browser software.  The XGate email program automatically detects inbound emails with large attachments and allows you to make a decision as to whether you want to merely read the text of the email or download the attachment.  The XGate web browser uses compression graphics in order to reduce data usage.

We recommend the Optimizer Satellite Hotspot over network specific satellite hotspots like the Thuraya XT-hotspot or Iridium AxcessPoint.

* The unlimited Globalstar plan referred to above applies to unlimited Basic Rate voice calling which does not include roaming calls or calls to international destinations.  Please see complete details in the service agreement.  The service plans discussed in this article exist as of the time of this writing but rates and availability of these plans are subject to change without notice.