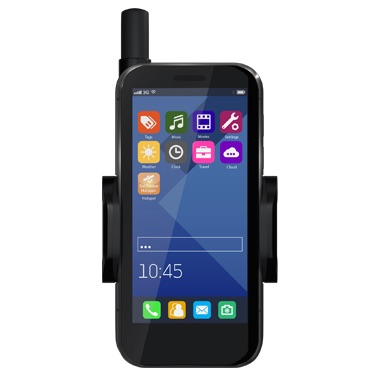 Every satellite network has its key advantages. Within its regional coverage area, Thuraya offers the smallest satellite phones available with coverage in Europe, northern and central Africa, the Middle East, central and southeastern Asia, the Indian subcontinent, Japan, and Australia. For a complete list of countries, click here for the

Thuraya offers a variety of equipment options including handheld satellite phones, the SatSleeve+ hotspot for your smart phone, docking stations for both vehicular and in-building applications, and high-speed data terminals. Based on the service plan that you select, handheld Thuraya satellite phones offer voice, texting, 9.6 kbps circuit-switched data and always-on GmPRS packet data internet access. GmPRS internet access can achieve up to 60 kbps(download) and 15 kbps (upload). Thuraya IP+ internet terminals reach up to 444 kbps. Please call us for more information.

Outfitter Satellite carries a full line of solar panels and battery packssuitable for any Thuraya satellite phone or terminal. We carry backpack mountable solar panels with built-in battery packs and ultralight 26-Watt fold-out panels that are stackable up to 78 Watts. To select the right solar panel for your applications please contact us. 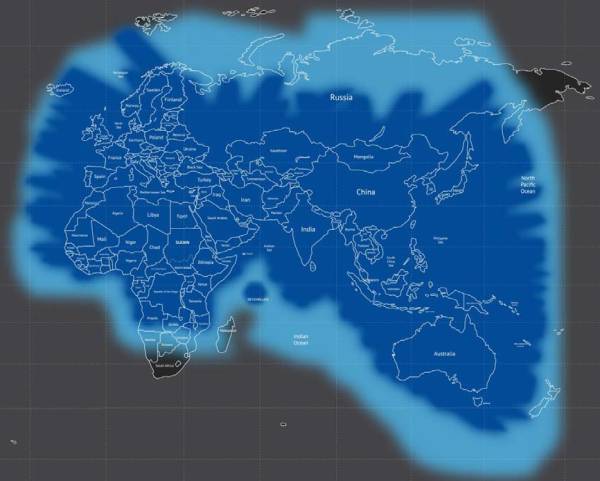 The dark blue area in the Thuraya Coverage Map above represents the primary coverage region of Thuraya. A list of covered countries is also shown below. Weaker "fringe" coverage may exist in the light blue areas. Even in the primary coverage regions, coverage can be blocked by nearby terrain features such as mountains or trees. You must have a direct line of sight between yourself and the Thuraya satellite to be able to make calls. Outfitter Satellite recommends that Thuraya customers verify that they know how to make calls before leaving for a remote location. If you have a prepaid SIM card, make sure you know how to check your balance and reload your SIM card.

If you have a GSM-cellular capable Thuraya phone such as the HNS-7201, SG-2520, or Thuraya XT DUAL, you will have additional GSM cellular coverage in many countries. Different regional operators charge different rates and some features of the Thuraya phone may not be supported by all GSM operators. As a rule, GSM operators in third world countries charge more for calls than the cost of Thuraya satellite-mode calls.